They’re finally up – in the doily, anyway.  In the garden, snowdrops are blooming but the daffodil leaves are cautiously peeking above ground, probably hoping, as we are, the snow is over. 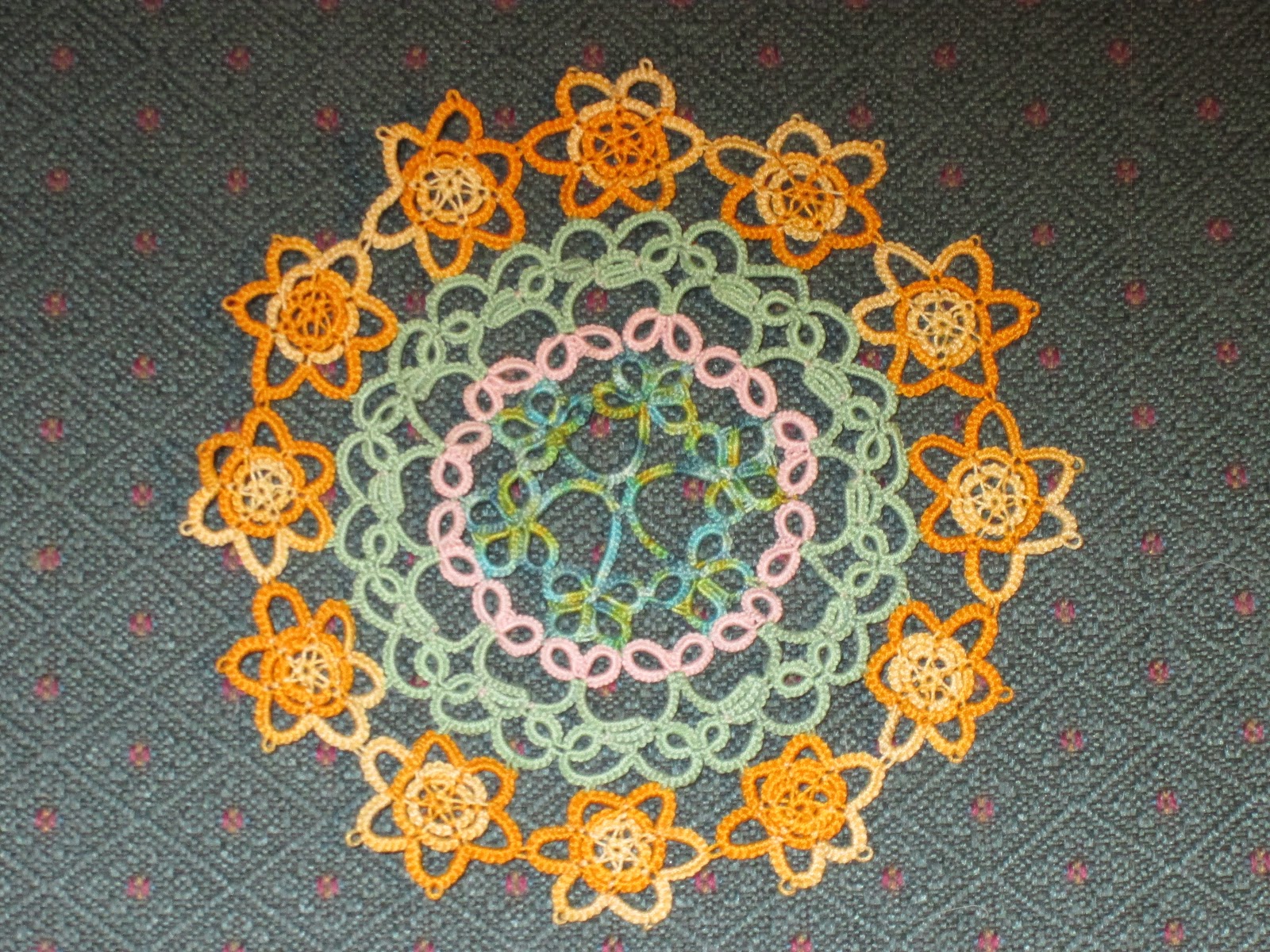 This round is finicky because each daffodil is tatted and joined to the previous round and the previous daffodils separately, meaning you will have at least 24 ends to sew in.  It’s worth it, I think.

For each daffodil, wind a little thread on a shuttle (I wound 15 times around a small Clover post shuttle).  Leave this attached to the ball.  I used a variegated yellow.

Create a mock picot with an untransferred half stitch. CH: 3+ around.

Continuing for a second round, CH: 5+ around.

On subsequent daffodils, the CH joins to the previous round begin two spaces to the left of the daffodil before, and the CH with 14 stitches joins at its middle to the first petal picot of the previous daffodil.

The grass is a little greener...

After an unusually warm-for-this-time-of-year 36 hours, the grass got greener.  Wind came and dried some of the surface moisture of melting snow and several bouts of torrential rain, product of a few brief thunderstorms.  Now the forecast is calling for snow, possibly two inches tomorrow, and six in a few days.  Maybe. 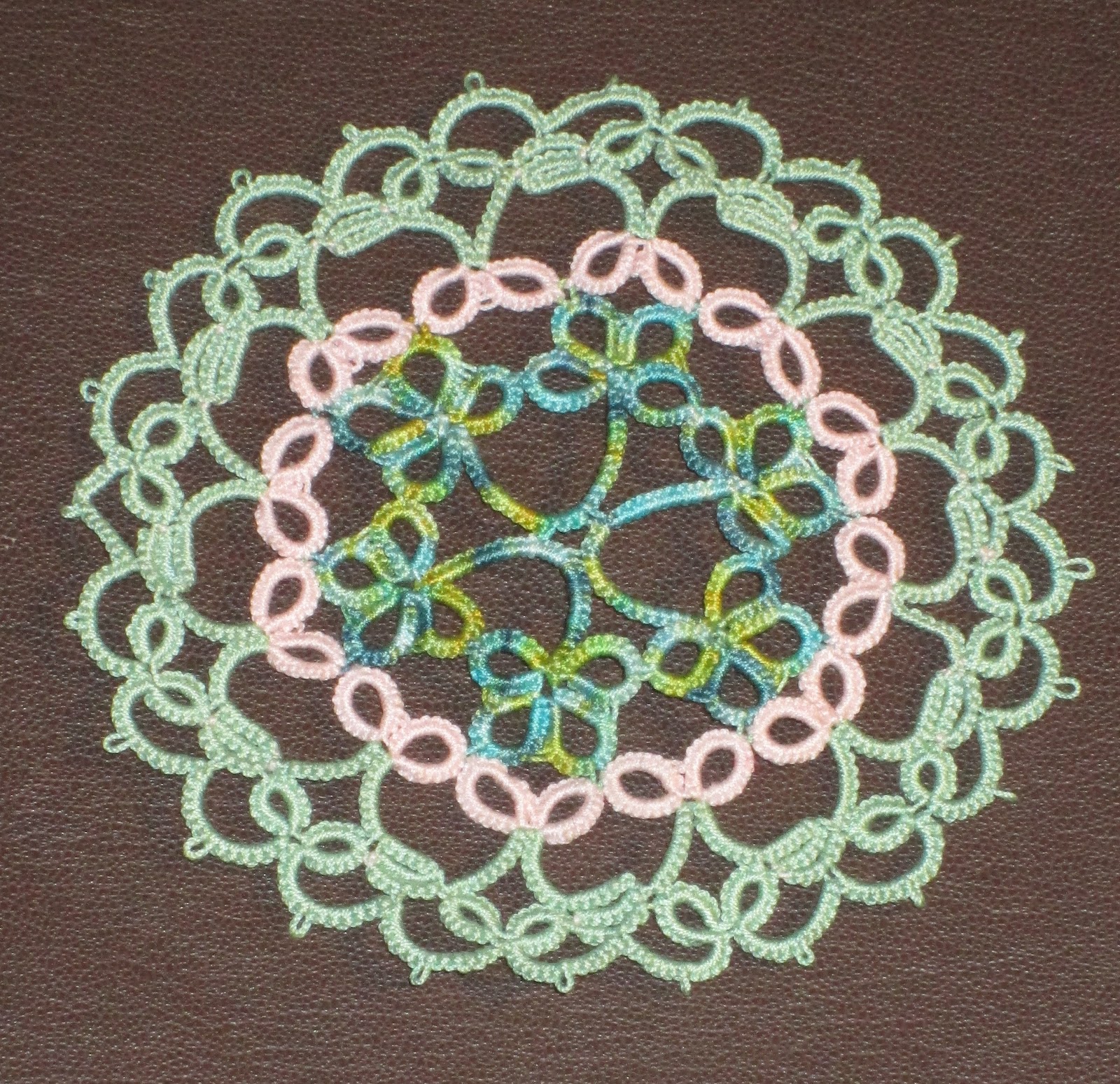 This round begins with the same green wound on a shuttle, CTM with the ball.  You might also need a fine crochet hook.

R: 7+ (to the left (first) side of the block tatting of previous round.  There should be a teeny space where the ST was made.) 7.

R: 7+ (to corresponding space on right side) 7.  Notice there are two paired rings directly above the paired Rs of previous round.

If you finished the previous round before the correction was made, you can use your fine crochet hook to create a small space for a join.

Repeat around from the beginning.

Countdown to the Equinox, Part 2 - Snowdrops

I was originally going to use white, but it looked too stark against my hand-dyed threads.  Fortunately, one doesn’t have to imagine the impossible here — they do actually exist!  https://www.google.com/search?client=firefox-b-1-d&q=pink+snowdrops

(You can check too)

You’ll need pink on one shuttle, green on another.  And these CAN be different greens – there are a lot of different green colors we’re starting to see – all lovely together.  Mother Nature knows what she’s doing.

Repeat around…  At the end you’ll have 12 pairs of snowdrops and 12 arcs of chain. 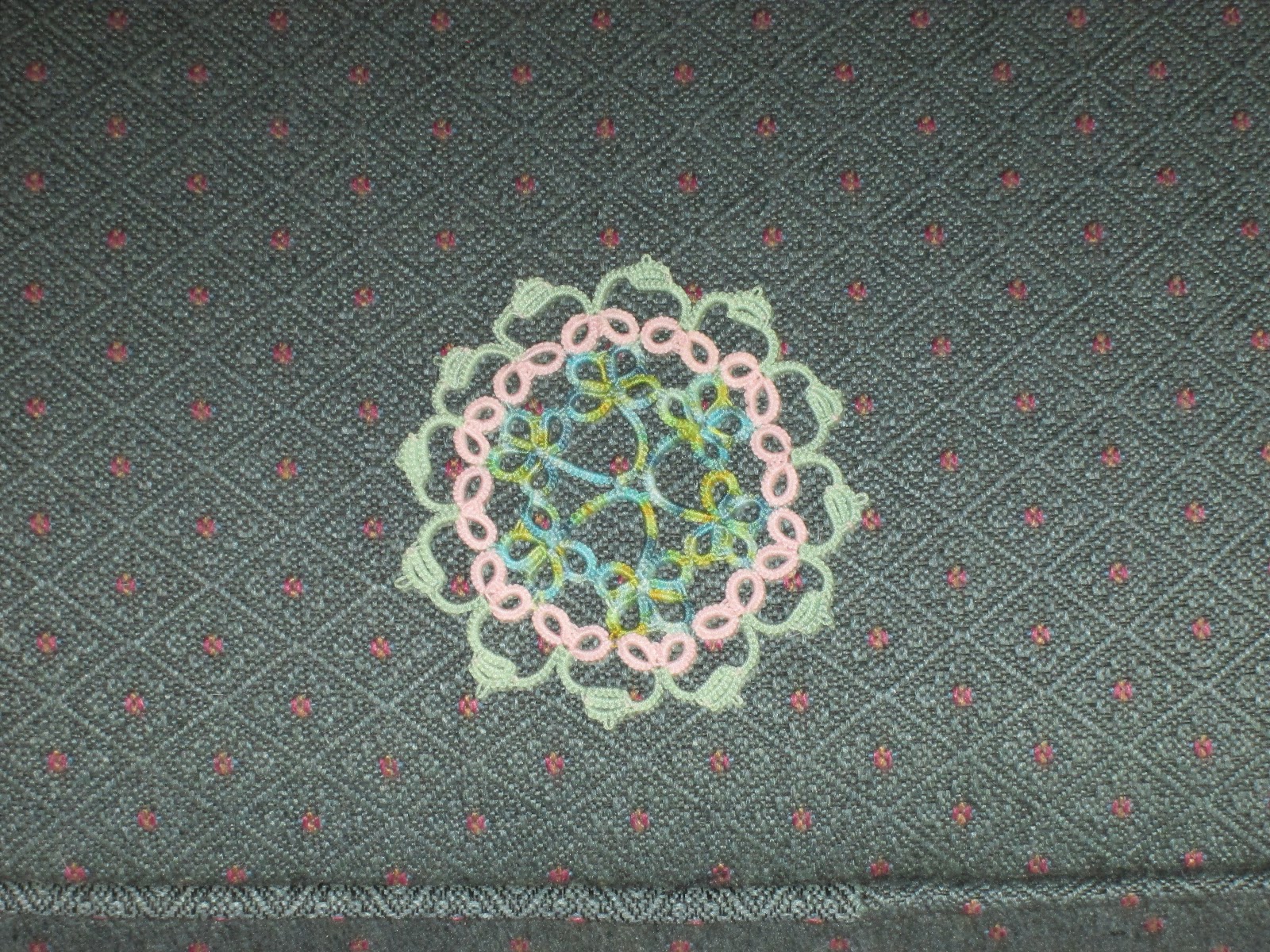